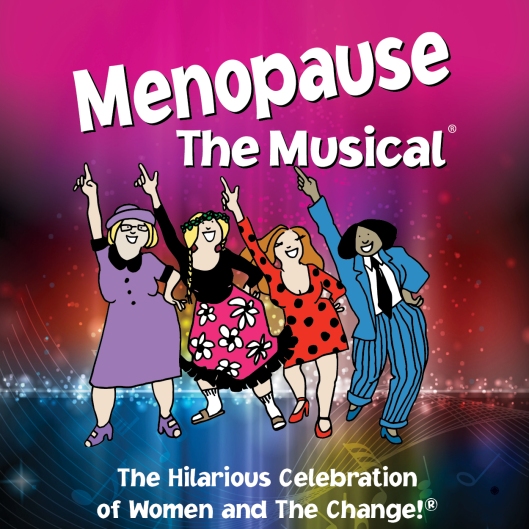 AVENTURA, FL: – GFour Productions has completed casting for Menopause The Musical’s limited run at the Aventura Arts and Cultural Center. The production will run from October 23rd through October 28th only.

Linda Boston will play ‘Professional Woman, South Florida native Ingrid Cole will take on the role of ‘Earth Mother’, Terri Dixon will play the ‘Iowa Housewife’, and Kathy St. George has been cast as the ‘Soap Star’.  Three of the four women have performed in the musical previously, however the Aventura run will be Terri Dixon’s first time in the production.

Although the Menopause The Musical debuted over seventeen years ago in Orlando, Florida, the show is as relevant today as it was in 2001.  Not only does it entertainingly deal with the issues all women inevitably face as they navigate ‘the change’ – hot flashes, body changes, and short term memory loss just to to name a few – it addresses the larger meaning of what it means to be a woman, and delivers an empowering message to women of all ages:   Take charge of your life, celebrate the now, and look to the future.

Chock full of clever wit and humor, great songs and exhilarating dance numbers, the laughter filled production consistently inspires its audiences – both men and women – to jump out of their seats and sing along to the catchy parodies of classic pop songs of the ‘60s, ‘70s and ‘80s.

Menopause The Musical® is recognized as the longest-running scripted production in Las Vegas and continues to entertain nightly at Harrah’s Las Vegas. The show recently celebrated its 5000th performance there.  The much-loved musical has entertained audiences across the country in more than 450 U.S. cities, nearly 300 international cities, and a total of 15 countries.

For more information about Menopause The Musical®  visit www.MenopauseTheMusical.com or contact Carol Kassie at 561-445-9244 / carol@carolkassie.com.

Terri Dixon (Iowa Housewife) is originally from the Maryland suburbs of Washington DC. She is so excited to be joining the Menopause The Musical family. Credits include Smokey Joe’s Café on Broadway, the national tours of My One and Only and Best Little Whorehouse in Texas with Ann Margret and Gary Sandy. Regional credits include Godspell at the Muny in St. Louis, Smokey Joe’s Café at Maine State Musical Theatre, Always…..Patsy Cline at the New Harmony Theatre. Terri was in the world premiere of Frank Wildhorn’s Waiting for the Moon. She has performed extensively as a cabaret performer with her tribute to Patsy Cline, and has performed on cruise ships for many years, first as lead singer/dancer, then as lead vocalist.

Ingrid Cole (Earth Mother) is a critically acclaimed actor/singer based in Atlanta, GA. In 2010 and 2012, she was honored with a Suzi Bass Awards for Best Leading Actress in a Musical for A Catered Affair at the Aurora Theatre, and for her portrayal of Rose in Gypsy with the Atlanta Lyric Theatre. She has toured the US extensively with Menopause The Musical. Other regional credits include Matron Mama Morton in Chicago, See What I Want To See (Suzi Bass Award for Best Ensemble and Atlanta Theatre Fan Winner Best Actress in a Musical) Music Man, Grand Night For Singing (Curtain Up Award Best Actress in a musical) The Medium, Into The Woods, Fiddler On The Roof, Call Me Madam, Ragtime, Pirates Of Penzace, Iolanthe, The Mikado, Cinderella, A Funny Thing Happened…Forum, And Nunsense.  www.IngridCole.

About GFOUR PRODUCTIONS: Proud producers of Menopause The Musical, now in its seventeenth year as the longest-running musical in Las Vegas history and can be seen nightly at Harrah’s Hotel and Casino on the Las Vegas strip. Menopause is also on tour around the U.S., as well as playing in Spain, Australia, Mexico City, and the U.K. Other recent productions include The Play That Goes Wrong on Broadway, winner of London’s Olivier Award for Best Comedy, and starting its U.S. tour this fall; their acclaimed production of Dreamgirls, currently selling out on London’s West End; Groundhog Day The Musical, nominated for 7 Tony Awards including Best Musical; and their Tony Award-nominated production of Fiddler On The Roof, also launching its national tour this fall. Other selected highlights include winning the 2013 Tony Award for their 50th anniversary production of Edward Albee’s Who’s Afraid Of Virginia Woolf; Co-financing the 5 time Tony Award, 5 time Drama Desk Award, and 7 time Olivier Award winner for Best Musical, Matilda The Musical; and producing the popular 9 To 5 The Musical with music by Dolly Parton, and Ring Of Fire the Johnny Cash Musical Show. They began producing in 1981 with Nine, winning the Tony Award that year for Best Musical. Among their favorite past Broadway productions are My One And Only starring Tommy Tune, Zorba The Greek starring Anthony Quinn, The Rink starring Liza Minnelli, Baby, Grand Hotel, Grind, Big, True West, the original and the revival of La Cage Aux Folles which won them Tony Awards for Best Musical in 1983 and Best Revival in 2004. Their combined shows have been nominated for 121 Tony Awards, winning 44 and 110 Drama Desk Awards, winning 56. For more information, please visit GFourProductions.com.