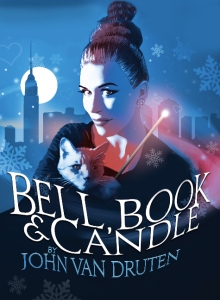 May 5, 2015
MARGATE, FL: Gillian Holroyd is a witch. She can cast spells and perform feats of magic, but she can’t fall in love. And when she casts a spell over her attractive neighbor – partly to keep him away from an old rival, and partly because she is attracted to him – this slight ‘imperfection’ leads to a number of unintended and somewhat tricky situations. Although when John Van Druten’s supernatural hit, Bell, Book and Candle debuted on Broadway in 1951 it was billed as – and thought of as a light comedy, it delivers a message that is still relevant today. The play touches on the importance of appearances, on the dynamics of a close circle of friends, on pretending and secrets, and on passing as something one is not. Bell, Book and Candle will open at Stage Door Theatre on May 15th, and run through June 21st.

“I have loved Bell, Book and Candle ever since I saw the Jimmy Stewart/Kim Novak film as a kid,” says the show’s director Michael Leeds. “The magic, the romance, and the hysterical performances by Jack Lemmon, Ernie Kovacs and Elsa Lanchester are indelibly etched in my mind. Then – when I recently read the play, I saw how much more there was to explore; this wonderful journey of two people breaking out of their shells, stepping out of their comfort zone to fall in love.”

Leeds is extremely pleased with his cast for the production: “For the leads, I cast two fine actors from New York, Nicholas Wilder and Melissa Herion,” he explains. “And I was lucky to get three terrific local actors.  South Florida theatre goers are well acquainted with the enormously talented Ken Clement and Janet Weakley, and we’re introducing a young actor, Thomas Karner, who more than fills Jack Lemmon’s shoes. With those performances and the magic we’re creating on stage – literally! – our audiences are in for a great time!”

Tickets for Bell, Book and Candle are $38 – $42; $16 student tickets are also available. Tickets may be purchased at the Broward Stage Door Theatre box office at 954-344-7765 or on line at www.stagedoortheatre.com 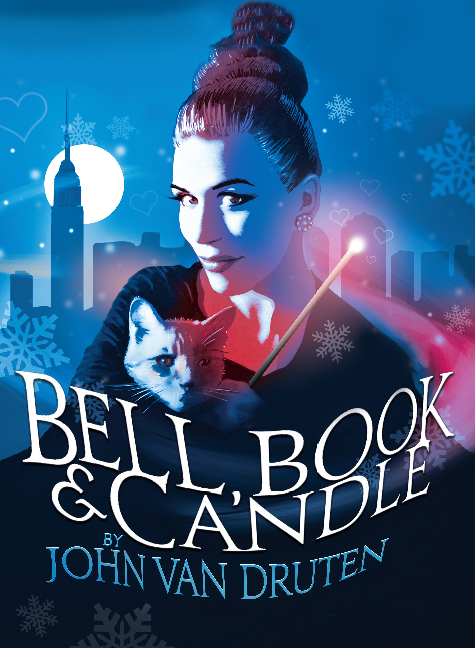