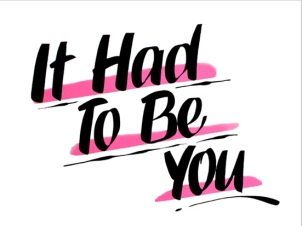 “A cartoon comedy of great dexterity and loving warmth.” – The New York Post

August 12, 2016
WEST PALM BEACH, FL:  KWP Productions will start off their expanded season in their new location with a delightful comedy sure to please audiences of all ages.  It Had To Be You will open at the Bhetty Waldron Theater at Actor’s Rep on August 19th and run through September 4th.

Written by Renee Taylor and Joseph Bologna, It Had To Be You is an absurd, fast-paced comedy about Theda Blau, a zany, eccentric, ex-Hollywood B movie actress and ‘wannabe’ playwright seeking love and/or a writing partner in New York City.  She meets Vito Pignoli, a hugely successful TV commercial director. By holding him hostage in her apartment on a snowy Christmas Eve, she somehow manages to convince him to be her partner both on the page and off. 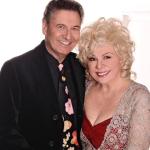 Married in 1965 Taylor and Bologna have enjoyed successful careers separately and as a team.  Their first collaboration, Lovers and Other Strangers (in which Bologna made his professional acting debut) was produced on Broadway in 1968.  The film version, which they co-wrote, was released in 1970, and garnered them an Oscar nomination for Best Adapted Screenplay.   Since then the couple have continued writing, and both have starred in numerous films, television programs, and on stage.

“[It Had To Be You] was the hardest and most rewarding thing we’ve ever written,” Bologna has said. “It’s a two-character play that takes place in real time. At first we set the play over six months, then one month and then one week. But it never worked until we made it happen in one night. That’s because it made the feelings more intense.”

Helen Buttery will direct KWP’s production, which will star Deborah Lynskey-Lake as Theda Blau, and Lenny Marine as Vito Pignoli.

Tickets are available for purchase on line at: http://kwpproductions.com or by calling 561-339-4687.