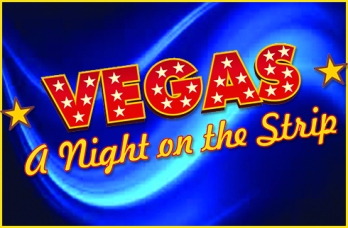 MARGATE, FL:  From Soul to Swing, Kevin Black’s recent productions – created exclusively for Stage Door Theatre – have had audiences on their feet and dancing.  The Soul of Motor City, his tribute to the music of Motown, which was extended several times over this past summer, and Swing! Swing! Swing! his lovingly assembled compendium of Jazz and Swing classics were both recommended for Carbonell nominations.

Black’s newest creation, Vegas: A Night on the Strip will premiere at Stage Door on December 9th, and run through January 22nd.

Vegas: A Night on the Strip dives into the rich history that made the city of Las Vegas a hot destination for entertainers from around the world.  Featuring music from some of Vegas’ most memorable icons – from the Rat Pack and Elvis to the modern-day Cirque-type spectacles; from showgirls to headliners; from high-rollers to high-flying acrobatics…  “with maybe a Vegas wedding thrown in!” says Black.

“When most people think of Vegas, they immediately remember the likes of Frank, Sammy, and Dean…The Rat Pack,” Black continues.  “However, Vegas: A Night on the Strip is so much more. I decided to tell the history of ‘The Entertainment Capitol of The World’, through the construction and implosion of those iconic hotels on The Strip, and the entertainment that graced their stages. Our six vocalists pay tribute to this great city with nods to numerous Vegas icons – not only the Rat Pack, but legends like Celine Dion, Elton John, Tom Jones and Wayne Newton, and the lavish cirque -style shows that dominate The Strip today.

“The creative “workshop” process is my favorite,” Black explains when asked about the evolution of the production. “Arranging new ways to present some old classics and seldom heard gems is so satisfying. Our Musical Director/Arranger Ben Bagby is a master at this and you’ll see his work shine more than ever in this show.”

The six vocalists Black has chosen to bring his vision of Vegas to life are Daniel Bourgoin, Jar’Davion Brown, Arlene Coutee, Chantal Deshaies, Gabrielle Graham, and Brad Rakushin.  Brown and Graham both wowed audiences in The Soul of Motor City.  Brad Rakushin was featured in Stage Door’s recent productions of Sisters of Swing and I Love You, You’re Perfect, Now Change.  Specialty artists Cherrise Pawlak and Derick Pierson round out the cast of eight.

Vegas: A Night on the Strip will run from December 9 – January 22 at Stage Door Theatre. The theatre is located at 8036 Sample Road, in Margate.

For more information about Vegas: A Night on the Strip and/or Stage Door Theatre, please visit www.stagedoorfl.org, or contact Derelle Bunn Executive Producer/Artistic Director, at DerelleBunn@yahoo.com / 954-344-7765 or Carol Kassie (carol@carolkassie.com / 561-445-9244).

Please Note:  Vegas:  A Night on the Strip will move to the Willow Theatre in Sugar Sand Park in Boca Raton on February 3, 2017, and play there through February 12.

The cast of Vegas: A Night on the Strip