“Music in “Fella” isn’t just ornament; it’s oxygen, the way it is in operas by Puccini, Strauss, and even Wagner. The score itself keeps wordlessly defining the characters, pushing them and us forward to new awareness.”  Ben Brantley ~ New York Times

MARGATE, FL:  Stage Door Theatre will follow their recent hit production of Sweet Charity with Frank Loesser’s award-winning musical The Most Happy Fella.  The production will open on December 30th, and run through February 5th in the theatre’s larger auditorium.

Loesser (Guys and Dolls, How to Succeed in Business Without Really Trying) based this touching, dramatic, and intensely personal love story of a May-December romance between an aging Italian grape farmer and a much younger woman on the play They Knew What They Wanted by Sidney Howard. He read the play in 1952 and felt it had ‘musical potential’; however, it took him four years to complete the musical, which opened on Broadway on May 3, 1956. 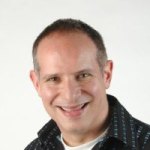 “The Most Happy Fella isn’t a title that is as familiar to audiences as others from the Golden Age of musical theatre, though it has several very famous songs such as “Standing on the Corner”, “My Heart is So Full of You”, “Somebody, Somewhere”, and “Big D”,” says the production’s Carbonell Award-winning director, Andy Rogow.   “What makes this show so interesting to me is that it really is an opera. There are few dialogue scenes so the story progresses through one lush musical number to the next. I often get goosebumps listening to the cast sing through the score. They sound gorgeous.”

In his book The World of Musical Comedy, Stanley Green noted that the musical is “one of the most ambitiously operatic works ever written for the Broadway theatre.” And Loesser said “I may give the impression this show has operatic tendencies. If people feel that way – fine. Actually all it has is a great frequency of songs. It’s a musical with music.”

Shay Weinberg plays the show’s female lead, Rosabella: “She’s a tough yet romantic, girl next door who is not trapped in the bindings of an ingénue role,” Weinberg says.  “Rosabella is a blast to play. I love that I get to be a soprano and indulge in a strong character complex.”

Other cast members include  Kyle Yampiro as Tony, Kyle Pressley as Joey, Lisa Franklin as Marie, Dean Landhuis as Doc, Ellington Berg as Herman, and Kimberly Abrams as Cleo.

The Most Happy Fella Trivia Note:  The original production was partially bankrolled by Lucille Ball and Desi Arnaz.  The 1957 I Love Lucy episode “Lucy’s Night In Town” focuses on the Ricardos and Mertzes going to a sold-out performance of The Most Happy Fella. Three songs from the show are heard in scenes showing the characters sitting in the theater. At one point Fred Mertz is inspired by the show’s title to remark, “The guy is not married!”

The Most Happy Fella will run from December 30 – February 5 at Stage Door Theatre. The theatre is located at 8036 Sample Road, in Margate.

Tickets for The Most Happy Fella are $38 – $42; $16 student tickets are also available.  Tickets may be purchased at the Broward Stage Door Theatre box office at 954-344-7765 or on line at  www.stagedoorfl.org