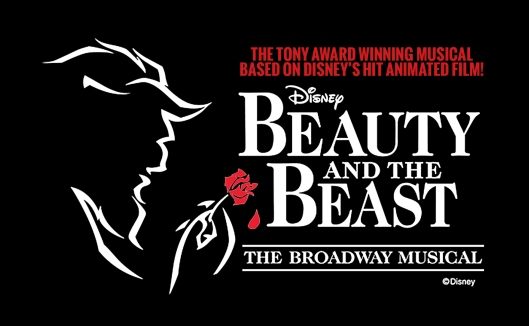 “As Broadway musicals go, Beauty and the Beast belongs right up there with the Empire State Building, F. A. O. Schwarz and the Circle Line boat tours.”
~ David Richards, The New York Times, April 19, 1994

LAUDERHILL, FL: Disney’s Beauty and the Beast, the Lauderhill Performing Arts Center and Broadway Palm’s final production of their inaugural season, will open on February 20th and run through March 8th.

Based on the beloved Disney movie, Beauty and the Beast is filled with magical moments, spectacular costumes, and of course, a classic love story.  The award-winning musical, which played for thirteen years on Broadway, can be described as the perfect family entertainment – and a marvelous introduction to theatre for children of all ages.

This ‘tale as old as time’ tells the story of Belle, a young woman in a provincial town, and the Beast, who is really a young prince trapped under the spell of an enchantress. If the Beast can learn to love and be loved, the curse will end, and he will be transformed into his former self. But time is running out, and if the Beast does not learn his lesson soon, he and his household will be doomed for all eternity.

Beauty and the Beast will be directed and choreographed by Amy McCleary.  Her work on Kinky Boots, which is just finishing its successful LPAC run garnered rave reviews and standing ovations. The show’s musical director is Lizzie Webb.

The Lauderhill Performing Arts Center (LPAC) has hosted numerous theatrical events and productions since it opened its doors in January 2016 and has grown its audiences to include theatre patrons from not only Broward County, but Miami/Dade and Palm Beach counties as well. The theatre is located at 3800 NW 11th Place (33311), in the Central Broward Regional Park on the Northeast corner of Sunrise Boulevard and State Road 7.  For more information about LPAC visit https://lpacfl.com.

For more information about  Disney’s Beauty and the Beast please contact Carol Kassie at carol@carolkassie.com / 561-445-9244.