Thunder From Down Under – November 6
Men Are From Mars, Women Are From Venus – November 8 – 10
Icons: The Art of Celebrity Illusion – November 15
Dame Edna in Something Like a Dame – November – 23 – 24

BOCA RATON, FL:  The Mizner Park Cultural Center will play host to an eclectic selection of theatrical, musical, and event entertainment in November.  From the Off-Broadway hit Men Are From Mars, Women Are From Venus to the Icons: The Art of Celebrity Illusion, and the sparkling comedy of Michael Walters as Dame Edna in Something Like A Dame to the sexy and seductive Thunder From Down Under, the popular Boca Raton venue can definitely boast they are providing ‘something for everyone’ this month.

On November 6th at 8 pm the internationally acclaimed Thunder From Down Under will demonstrate why they have been called Australia’s hottest export when they take to the Center’s stage, ready to show off their cheeky humor, boy-next-door charm, and energetic dance routines… not to mention their chiseled physiques.  A perfect show for a ‘girl’s night out’!

Men Are From Mars, Women Are From Venus-Live! will run at the Center from November 8th – 10th.  Performed by Amadeo Fusca, this one-man fusion of theatre and stand-up is a light-hearted theatrical comedy based on the New York Times #1 best-selling book by John Gray.  Moving swiftly through a series of vignettes, the show covers everything from dating and marriage to the bedroom.

Carbonell Award-winning actor/singer/comedian Michael Walters will star in Something Like a Dame, a Broadway music and comedy ‘Extravaganza’ on November 23rd and 24th.  With the blessing of Barry Humphries, Dame Edna’s original creator, Walters will ‘don the ‘wisteria coif’ for an evening of glamour, music, and side-splitting laughter featuring incredible glittering gowns, outrageous comedy, and original musical numbers.

Tickets to each of these performances, as well as a number of other Mizner Park Cultural Center November performances are on sale now and can be purchased online at http://miznerparkculturalcenter.com or by phone at 844-672-2849. Ticket prices and performance details are below.

For more information about the Mizner Park Cultural Center, and any of these shows, please contact Carol Kassie at Carol@CarolKassie.com / 561-445-9244. 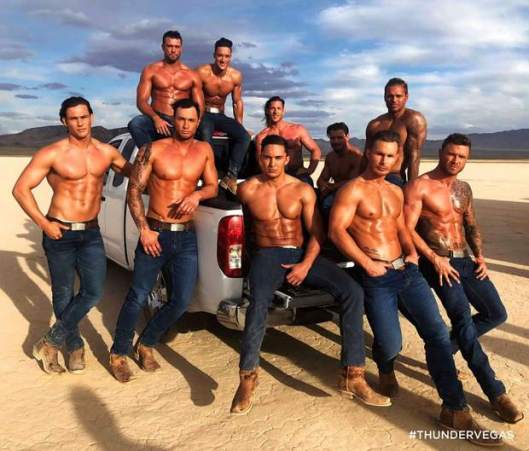 Thunder From Down Under

Michael Walters as Dame Edna in ‘Something Like a Dame’