The international hit comedy MY MOTHER’S ITALIAN, MY FATHER’S JEWISH & I’M IN THERAPY!, starring Steve Solomon, will arrive at the Coral Springs Center for the Arts for a limited 2-week engagement, March 14 through  March 25, 2012.

Described as “One part lasagna, one part kreplach, and two parts Prozac,” you don’t have to be Jewish or Italian to love this show. All you need is to know what it feels like to leave a family dinner with heartburn and a headache! MY MOTHER’S ITALIAN, MY FATHER’S JEWISH & I’M IN THERAPY! played for two years in New York City and has toured internationally in more than 100 cities.

Written and performed by the playwright and star of the original New York production – award-winning Boynton Beach resident Steve Solomon – the hilarious one-man comedy is based on the author’s life growing up in a wacky family noted for its bi-ethnic diversity and aptitude for dysfunctional behavior, and all the people in his life whose sole purpose was to drive him into therapy! Solomon, whose mother is from Palermo and whose father is from Russia, grew up as one of two siblings in Brooklyn, NY.

The production was awarded “Favorite New Play” by Broadway.com and won the “Broadway Theater Fans Choice Award” on BroadwayWorld.com. The show was also nominated for awards by The Connecticut Critics Circle and the San Francisco Drama Desk.

Tickets are $45.50 (Golden Circle) and $42.50 (Orchestra) for Wednesday and Thursday performances and $49.50 (Golden Circle) and $44.50 (Orchestra) for Friday, Saturday and Sunday performances. Group discounts are available. Tickets are on sale now and can be purchased at www.ItalianJewish.com or www.coralspringscenterforthearts.com  or by calling the Box Office at 954-344-5990. Discounts of $10 per ticket for groups of 20 or more are available – for more information about group sales, call 888-264-1788.

“As heartwarming as comfort food. Everyone can relate to this!”
– Martha Stewart Living Radio

MY MOTHER’S ITALIAN, MY FATHER’S JEWISH & I’M IN THERAPY! 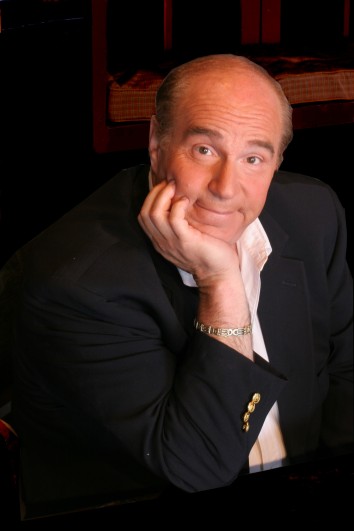