Carbonell Award-winning actor Avi Hoffman will star as Billy Flynn in the Boca Raton Theatre Guild’s upcoming production of Chicago. The classic Kander and Ebb musical will run from March 1st through March 17th at the Willow Theatre in Sugar Sand Park.  Sally Bondi will play Matron Ma Morton, and Ken Clement has been cast as Amos Hart. Auditions for other roles in the production will be held on Monday, September 10th, from 5 pm – 9 pm at the Willow Theatre.

Chicago will be directed by Keith Garson, and choreographed by Ron Hutchins. Eric Alsford will serve as the show’s musical director.

Populated with flamboyant flappers, crooked lawyers, and merry murderesses, Chicago is a musical tale of “murder, greed, corruption, violence, exploitation, adultery, and treachery – all those things we hold near and dear to our hearts.”  With a sparkling script and a classic score that includes “All That Jazz,” “Cell Block Tango” and “Razzle Dazzle”, Chicago has everything that makes musical theatre great.

Avi Hoffman took home a 2011 Carbonell Award for Best Supporting Actor in a Musical for his portrayal of Wilbur Turnblad in the Actors Playhouse production of Hairspray. Other recent roles include novelist Eric Weiss in Parade Productions’ production of Donald Margulies’ Brooklyn Boy at the Studio Theatre in Boca Raton; the lead role in Tracy Lett’s Superior Donuts at Gablestage (Broadway World Award for Best Featured Actor, and Carbonell award nomination for Best Actor in a Play); and Kolenkhov in the Florida Rep production of You Can’t Take it With You.  He is well known for his award winning one man shows Too Jewish? and Too Jewish, Too! (Performer of the Year ’95 – NY Press Magazine; L.A. OVATION award – Best Actor In a Musical 2001; NY Drama Desk and Outer Critics Circle award nominations).  On television, Hoffman portrays lawyer Sid Raskin in Starz TV series Magic City, and was featured as ‘Teddy Wayne’ in the NBC series Law and Order. He also starred in the motion picture The Imported Bridegroom and was seen in the PBS documentary They Came For Good: A History of the Jews in the U.S.

The Boca Raton Theatre Guild is a not-for-profit organization dedicated to producing professional productions and advancing the art of theatre in the South Florida community.

All performances will take place in the Willow Theatre in Sugar Sand Park.  The theatre is located at 300 South Military Trail in Boca Raton, just south of Palmetto Park Road.  Tickets for Chicago are $35, and will be available at the Willow Theatre Box office: 561-347-3948 in the fall. 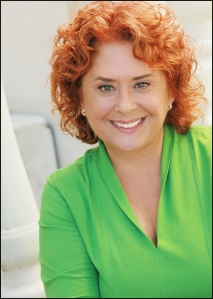