“We are what we are, and what we are is an illusion.”
La Cage Aux Folles

LAUDERHILL, FL:  Stage Door Theatre’s first production at Lauderhill Performing Arts Center (LPAC), their brand new, state-of-the-art home, will be the multiple Tony Award-winning La Cage Aux Folles.   The production will open on August 31st and run through September 23rd.   (The theatre will celebrate the move to their new home at a Gala Party on September 1st – details to be announced.)

After twenty years of un-wedded bliss, Georges and Albin, two men partnered for better-or-worse experience a bit of both when Georges’ son (fathered during a one-night fling) announces his impending marriage to the daughter of a bigoted, right-wing politician.  Further complicating the situation is the ‘family business’: Albin and Georges run a drag nightclub in St. Tropez, where Albin is the ‘star’ performer, ZaZa.

The musical, based on the French play by Jean Poiret, was adapted for the stage by Broadway royalty – Harvey Fierstein wrote the book, and Jerry Herman provided the music and lyrics.  The original production received nine Tony nominations, and won six, including Best Musical, Best Score, and Best Book.  It is the first musical to win the Tony Award for Best Revival of a Musical twice. 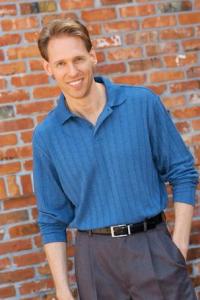 Carbonell nominee (as both actor and director) Bruce Linser will direct the production: “I see this show as somewhat of a period piece,” Linser explains. “It is set in the 70s, a time when gay people and drag queens were still fighting to come out of the shadows. This story of a young straight man forcing his parents to change themselves and their lives so drastically – or these two gay men being willing to suffer that humiliation so willingly – would seem ridiculous or even downright hateful today. Not that gay people aren’t still marginalized. With lawsuits around gay wedding cakes and “religious freedom” laws, there is definitely a culture of fear and hatred for the LGBT community, and there are looming signs of it being allowed to grow under the current administration in Washington DC. So in a way this production of this show at this time is a bit of a warning. “Those who forget the past are doomed to repeat it”, as they say. We need to remember where we’ve been, so we can prevent ourselves from going there again in the future. And that’s for all of us – gay and straight alike. What we need right now is empathy and understanding for each other, and what better way to explore that than through the joy and thoughtfulness that is musical theatre?

“To that end, we are following much more of the style of the most recent revival of the show,” he continues.  “Harvey Fierstein, who wrote the book to La Cage, has said that the original production, while glamorous and beautiful, wasn’t really “right” for the world of the play. It was glitzed and glittered up for Broadway, in large part to make it palatable and acceptable for the Broadway audience at the time. And it worked – it’s a beloved, Tony-winning show, gay relationships now enjoy widespread support and acceptance, and drag queens have their own TV shows! Which is why we can now take that shiny veneer off of the show, at least a little bit, so we can explore more of the darker truth that the original movie and show were revealing. Don’t get me wrong – there will still be gorgeous costumes and fabulous dance numbers. It’s a musical, after all! But we’re also looking for the heart and soul underneath all of that … the fear and love that drives these people to be who they are and do what they do. The humanity of these characters and their relationships. That, to me, makes for interesting, powerful, and entertaining theatre.”

Tickets for La Cage Aux Folles (and for all Stage Door productions) will remain at $48. (LPAC will charge $5 service fee per ticket, however if a package of four Stage Door shows is purchased the service fees will be waived.) Group rates are available, as are student prices (with valid ID). Tickets may be purchased by calling the box office at 954-344-7765 or on line at www.stagedoorfl.org or on the LPAC website at https://lpacfl.com.