PALM BEACH GARDENS, FL:  Audiences looking for laughter this summer will find it at the PGA Arts Center when comediennes Caryn Bark, Pam Peterson, and Jan Slavin take the stage in Funny Old Broads, which will open on July 6th, and run through July 30th.  The show is part of the PGA Arts Center’s Summer Series.

Funny Old Broads is a delightful mixture of song and stand-up comedy, and features well-observed domestic humor interspersed with touching personal memories.  The Broads’ reflections on the absurdities of middle age and beyond, living in the ‘burbs’, and growing up in the sixties, not to mention Bark’s description of ‘middle aged Jewish ladies floundering through the Byzantine rules of Mah Jong’, will resonate with all audiences, no matter how old they are.

Funny Old Broads was created, as the multi-faceted (writer, comedienne, humorist, essayist, novelist, and playwright) Bark explains: “When I came to the shocking realization that I am older than Aunt Bee!”  It was her belief that she needed to embrace aging with laughter “…as well as a good support bra and Spanx.”

Bark enlisted Pam Peterson and Jan Slavin – both of whom are popular and critically acclaimed performers individually, and known together as The Boomer Babes – and built the show around the three of them.

Caryn Bark is the creator/performer of the critically acclaimed one woman show Diary of a Skokie Girl, which played to sold-out audiences in Chicago, Kansas City, Little Rock, Phoenix, and Canada’s Winnipeg Jewish Theater. She has appeared on Lifetime Channel’s “Girls’ Nite Out”, has opened for Joel Grey, and worked for HBO and Comedy Central. She has been heard on NPR’s “The Savvy Traveler”, has been a frequent guest commentator on Chicago Public Radio station WBEZ, and a regular on Marie Osmond’s radio show, “Marie and Friends”. She has performed at comedy clubs across the country, including Catch a Rising Star and The Improv. She is the author of the novel “Mittelschmerz”, a comic romance about Chicago’s Jewish community. 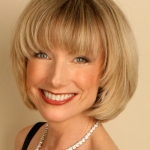 Pam Peterson is the recipient of Chicago’s prestigious After Dark Award for Outstanding Cabaret Artist.  She has performed with pops symphonies and big bands nationwide, as well as at numerous premiere Chicago venues, including Maxim’s, Park West, Davenports, Drury Lane, Bailiwick Theater, and The Peninsula.  A member of Actor’s Equity Association, Pam’s theater credits include Chicago’s Victory Garden’s Theater, and the St. Louis Muny, and has appeared in TV spots for many Fortune 500 companies, including Motorola, Walgreens, MacDonald’s, and Prudential.

Jan Slavin is a singer, writer and stand-up comic who has performed in clubs and theaters throughout Chicago. Comedy venues have included Laugh Factory, Zanies, Comedy Bowl and many others. Most recently, Jan performed stand-up at the Chicago Women’s Funny Festival and the Twin Cities Jewish Humor Festival. Jan performs regularly with Pam Peterson in their musical duo, The Boomer Babes which was created while sitting next to each other at a Passover Seder 13 years ago, during the gefilte fish course. Jan is a registered Music Together instructor, bringing the joy of music to young children. Her only regret is that she has never made homemade chicken soup but she is not about to start now.

The PGA Arts Center is located at 4076 PGA Boulevard, Palm Beach Gardens, FL 33410.
Ample parking is available within close proximity to the theatre.

Directions to the PGA Arts Center:
On PGA Blvd heading East, (& RCA Blvd) take first right at Shell Gas Station, and then take the 2nd right into the shopping center driveway. The theater is on the left. Formerly the Cinema 6 Movie Theater inside the former Loehmann’s Plaza. This is less than 1/4 mile off of the PGA Blvd. Exit of 95 North.

Steve Solomon has a busy South Florida winter ahead.  He will perform his Stand Up comedy at the Lyric Theatre in Stuart, on December 3rd; a prequel to his wildly successful My Mother’s Italian, My Father’s Jewish, & I’m in Therapy aptly and appropriately called My Mother’s Italian, My Father’s Jewish & I’m STILL in Therapy…the Chaos Continues…  will play from December 18th through December 22nd at the  Kravis Center for the Performing Arts – returning there by popular demand after last year’s sold out run; and his new show, Cannoli, Latkes & Guilt! The Therapy Continues… will open at the Coral Springs Center for the Arts and run from February 5th through February 16th.

Solomon’s humor is universal, and universally loved.  Enhanced by his talent for impersonation and his mastery of different dialects – he does approximately 20 different characters and voices in his shows – his stories about his mixed heritage Italian/Jewish family resonate with everyone, no matter what their ethnicity, and have had audiences in stitches for over 3200 performances.  In fact his recent performances of Still in Therapy broke all box office and attendance records in the 28 year history of the Bristol Riverside Theatre in Philadelphia.

And as Solomon will tell you himself – he’s politically incorrect:

“Of course I am!  My entire family is politically incorrect; and that’s what helps make the shows so funny.  The very fact that we can go out to the theatre a spend an evening laughing at ourselves—and the antics of others – without fear of pending imprisonment helps make this the great country it is – or used to be before the hordes of  the politically correct police came banging on our doors.”

He will also tell you his shows are full of stereotypes:
“Yep,” he says, in answer to his ‘politically correct’ critics “That was my life; stereotypical Italian and Jewish aunts who spent the entire day in house dresses stirring sauces and soup.   Since I’m describing my family as they were, why should anyone be offended by the stereotypes I portray when the people who ARE the stereotypes don’t get offended?

“In fact,” he continues, “Not once, in the 11 years my plays have been touring, have I ever received a complaint from a patron about how offended they were – indeed it’s usually the opposite.  I get dozens of e-mails and letters thanking me for the show and saying, ‘….that was my uncle….’  Or, ‘you nailed my Mom….’”  “…I think we grew up in the same house…”

Steve Solomon epitomizes the phrase ‘multi-faceted’.  He is an

accomplished pianist, composer, and lyricist; a member of MENSA, a painter and cartoonist (all his show logos are his own creations); a teacher – he has two Master’s degrees and an SDA and ABD degree in education and taught physics in Long Island, New York (where he eventually became Assistant to the Superintendent of Schools); and according to his wife he can fix anything except, according to Solomon, the way certain seniors drive in South Florida!

Solomon, who lives in Boynton Beach, is extremely happy to be performing again in his own ‘stomping grounds’: “Why do I come back to the Kravis Center or the Lyric or Coral Springs? The people! South Florida has some of the most sophisticated and delicious audiences in the country—they love to laugh and I love to perform for them. It’s that simple!”

Tickets for all performances are on sale now.  Please see the list below for performance venues, dates, times, and ticket prices.

To arrange for interviews, and for photos and/or graphics, please contact Carol Kassie.

“Judging from the riotous response at a recent performance, it is obvious that Solomon has it right.”
Caryn Robbins—Broadway World

“He’s in Therapy; We’re in Stitches”
The Washington Post

“Solomon weaves his stories so deftly, that you don’t see the punch line
coming until you are collapsed in a helpless puddle of giggles.”
Marianne Regan—San Diego Magazine

“He is a polished performer who knows how to work a crowd and give them
what will keep them happy and make them laugh…”
Pat Craig—Theatre Critic, San Diego Times