Crest Theatre, Delray Beach Center for the Arts, Entr'Acte Theatrix, Pinball Wizard, Rock Opera, The Who, The Who's Tommy, Tommy 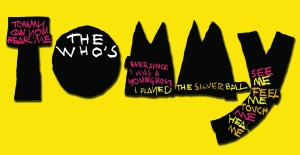 The Who’s iconic rock opera is a tribute to hope, healing, and the human spirit.

Entr’Acte Theatrix will follow up their extremely successful summer production of Monty Python’s Spamalot with The Who’s Tommy.  The show will run from October 17th though October 27th at the Delray Beach Center for the Arts’ Crest Theatre at Old School Square.

Peter Townshend’s Tony Award-winning tale of a young boy – a ‘deaf, dumb and blind kid’ – who survives the painful traumas, abuses, and neglect of his childhood and reaches the heights of adoration as a cult figure through his talent as a ‘pinball wizard’ – is not a typical musical. Based upon the fourth album (released in 1969) by the famed British rock band The Who, this fast paced, ground-breaking rock opera is told almost completely musically – there is very little dialogue.

“I was kind of in another world during the era of Tommy,” says musical director  Roger Blankenship. (The album was inducted into the Grammy Hall of Fame in 1998 for “historical, artistic and significant value.”)  “Listening to the music brings back some distant memories, and sounds that I am looking forward to recreating.  It was a time of … dare I say….purer ? rock.  A couple of years ago I did the show Hedwig and the Angry Inch, which has some of these similar tones, and it was a lot of fun.  Kevin Black is a magician, and the performers of Entr’acte are energetic and hard working – this promises to be a great show.”

project to take on, for many reasons,” he says. “South Florida has not seen a large scale production of this show in many years and we plan to deliver just that. This multi-media rock opera was truly an original and is adored by its many fans. We want to keep the integrity of the production, as well as bring new life to this wonderfully scored piece of theatre. The heart of the story lies within a family struggling to hold it together in a time of war, angst, protest and the British revolution of music.”

Entr’acte Theatrix, is a not-for-profit, semi-professional, showcase company for young actors, providing performance opportunities for emerging theatre artists.  An off-shoot of the Palm Beach Principal Players, an acting company for theater students of high school and college age, Entr’acte, as the name suggests, is the “next step,” from classroom to career, and provides the young actor his or her first professional, all-important, resume-building credit.

For more information about Entr’Acte Theatrix or The Who’s Tommy visit www.entractetheatrix.org 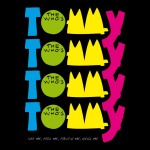